You are here: Home » Analysis » Safety net: how to manage risk for students & staff abroad

“The first thing that we learned was you have to call in for back up,” says Shelby Ocana, administrator at the French campus of a large US university, as she recalls the training her university had run on how to deal with a terrorist attack.

Given  just two weeks before the tragic events in Paris unfolded last November, she had no idea how soon she would need the training – but it proved to be invaluable. “When you have a collective catastrophe you get very tired, because you are up for hours and hours and after about 48 hours your decision-making capabilities really diminish,” she relates.

The terrorist attacks in Paris and Brussels – two study destinations traditionally thought of as relatively safe – brought to the fore the importance of crisis preparedness in international education; but it is a discussion that has been brewing for many years. From minor medical maladies to civil unrest, institutions sending staff and students abroad must be prepared for any eventuality.

“Accidents, illnesses including for example HIV, natural disasters, violent crime, political conflicts on a local or international level, terrorism – whatever happens at home can also happen abroad,” comments Raisa Asikainen at the University of Helsinki in Finland.

In fact, most of the day-to-day risks students and staff face are far more mundane. Stephen Shortt, managing director of Alpha College of English in Ireland, was in turbulent Ukraine and in Moscow during the 2010 subway bombing; but the incident that landed him in hospital in Russia was slipping on ice and cracking his kneecap.

Nevertheless, being overseas made the event “a bit of an ordeal” when no taxi drivers knew how to find the local English-speaking hospital.

Many education institutions still find themselves “woefully unprepared” when disaster strikes, according to Brett Bruen, president of security consultancy The Global Situation Room and former director of global engagement at the White House.

One reason is that schools with stretched budgets and limited manpower have to weigh developing a robust crisis response strategy against other financial and time pressures. The sheer number of stakeholders involved – from international staff to HR, student services and faculty reps – presents a further challenge, and any strategy must assign key roles for every task.

“Communicating the [risk management] strategy is a genuine issue that requires ongoing and persistent work,” underlines Jogvan Klein, manager of global mobility at RMIT University in Australia. “Crises often draw many well-meaning staff to respond, which runs the risk of muddling the communications.”

“A lack of knowledge is often one of the most significant things we’re looking at: people often just don’t know what the threats are”

To ensure its strategy is watertight, RMIT runs regular crises scenarios for staff. “Whilst crises will often clarify some of the processes – practice making perfect – the problem often ironically arises when there are few crises and new staff face them.”

Stephen McCann, security & risk assessment specialist at Safer Edge in the UK, agrees rehearsing is imperative. “If you haven’t, how can you possibly manage in the event of something happening – be it a hospitalisation, a disappearance, an assault or an abduction? Having a policy [alone] doesn’t cut it.”

The magnitude of the task means that more and more education institutions are turning to consultancies like Safer Edge, which provides security support services including risk assessments for universities and other organisations, based on knowing “exactly who is going exactly where to do exactly what exactly when”.

For International SOS, one of the world’s biggest assistance companies specialising in overseas medical care, a key objective is ensuring that risks are mitigated before students set foot on a plane. “We really don’t want to spend time with doctors unless we have to,” observes Jonathan O’Keeffe, medical director for Northern Europe.

Varying standards of medical provision and the increased risk of contracting an infection mean that students should avoid having to access routine or chronic illness management care overseas if they can, he urges, making pre-departure checkups a necessity. 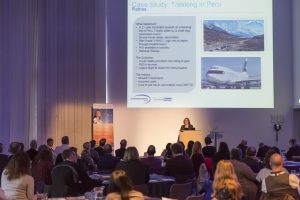 The medical risks of overseas travel are not only physical; removing students from their home and support network can be a huge strain on their mental health, says O’Keeffe: “We see a lot of anxiety and depression, we see a lot of students being repatriated for panic attacks or depressive episodes.”

Often overlooked, vehicle-related accidents are among the top five reasons for emergency evacuations carried out by International SOS, and some 1.24 million deaths occur on the world’s roads each year, according to the WHO.

Public transport is not always safe or reliable, and car hire can raise problems of its own, notes Ben Cooper, director of duty of care conference organiser McMillan Cooper: “If you’ve just got off a long haul flight and you’re going straight into an unfamiliar driving experience, it’s perfectly reasonably foreseeable that you’re going to have an accident.”

“They jumped in the car beside us, threatened us with guns and it took a lot of well honed diplomacy skills and quite a bit of money to get away”

McKann at Safer Edge points out that companies such as his have in-country contacts that can recommend trusted drivers – the importance of which can hardly be overstated.

Someone who knows this all too well is Stuart Rennie, director of SJRennie Consulting in Scotland and a frequent traveller to West Africa.

Returning to his hotel in Lagos 10 years ago in the “early days of intrepid African travel”, Rennie was held up by a group of youths wielding AK47s when his driver opened the car windows while sitting in traffic.

“They jumped in the car beside us, threatened us with guns and it took a lot of well honed diplomacy skills and quite a bit of money to get away.”

Another factor that brings its own unique risks is field research undertaken by students or faculty in another country.

Scott Flower, CEO of the Global Centre of Research & Engagement in Australia, recalls the case of Alexander Sodiqov, a Canadian PhD student who was detained by Tajikistan’s secret police and charged with espionage and treason while doing field research on conflict management in 2014.

GCORE provides field research training to avoid such circumstances and when covert research is needed, GCORE’s training courses address how to utilise technology that will enable researchers to remotely upload field research so that it is not stored on their person.

The critical question for staff and students travelling overseas is who to call in an emergency. Often, this is an assistance provider. International SOS, for example, can direct students to help and because 4,000 of its 11,000 staff are medical professionals, can also give emergency medical advice over the phone. It took 4.2 million calls from clients in 2015. 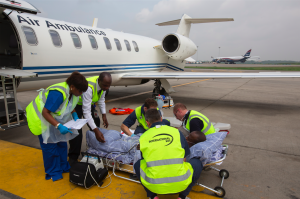 Someone who is acutely aware of the need for on-the-ground help is John Morgan, a former British diplomat. Morgan set up the world’s first consular assistance company, Consularcare, after he was stabbed while working in Mauritius.

Consularcare now deals with services that embassies are often unable or unwilling to offer, such as help with lost passports, which often mean contacting an outsourcing company to obtain emergency travel documents.

“You’ll be spending days trying to figure that out, whereas we can do that in a few minutes,” Morgan says.

When a large-scale crisis occurs, the first thing an institution must do is locate its staff and students. “There were a lot of problems with Paris and Brussels where school groups didn’t know where their school groups were, especially after hours,” comments Robin Ingle, CEO of Ingle International in Canada.

New technologies are enabling education institutions to quickly locate and communicate with students in the event of a crisis. Ingle’s Travel Navigator software lets clients track phones and issue warnings about events ranging from natural disasters and civil unrest to strikes and travel delays.

“There were a lot of problems with Paris and Brussels where school groups didn’t know where their school groups were, especially after hours”

Technologies such as this are a huge advantage where universities have no single register of who is abroad, points out Flower. GCORE’s Field Connect app allows universities to pinpoint students and broadcast messages to them according to location, and can also be used to send an SOS message or alert university staff if someone leaves their agreed geographical parameters – the first sign that they might have been kidnapped.

Similarly, International SOS estimates its own geotracking software, TravelTracker, enabled its clients to communicate with some 2.8 million employees last year.

Though international travellers are subject to what Cooper calls a “Pandora’s box” of risks, there are few in international education who would say this is an argument against going overseas, and new gains in technology are empowering students to stay safer too.

As McCann at Safer Edge sums up, mitigating risk should be seen as a useful tool for travellers – and not a “bureaucratic barrier”. He advises, “Truly, we are enablers.”

• This is an abridged version of an article which first appeared in The PIE Review, our quarterly magazine. You can subscribe and receive this mailed to your door!

Last reply was August 9, 2016
Disclaimer: All user contributions posted on this site are those of the user ONLY and NOT those of The PIE Ltd or its associated trademarks, websites and services. The PIE Ltd does not necessarily endorse, support, sanction, encourage, verify or agree with any comments, opinions or statements or other content provided by users.