Posted on Dec 12, 2019 by Viggo Stacey
Posted in Analysis, under .
Tagged with testing, TOEFL.
Bookmark the permalink.

There are two crown princes of English language testing in terms of reputation and legacy in the admissions world. TOEFL has been administered by Educational Testing Service since 1965, while IELTS, jointly owned by the British Council, IDP: IELTS Australia and Cambridge Assessment English, is an 80s child, celebrating its 30th anniversary in 2019.

Both exams are recognised by more than 10,000 organisations around the world and are among a handful of global brands that dominate the testing sector in high-stakes language proficiency tests and university admissions processes.

“There’s still quite a large demand for paper-based tests”

But how has the testing landscape shifted as newer entrants muscle in and how are all exam players, big and small, veteran and fledgeling, evolving to produce a fully-formed learner assessment which serves universities well?

ETS points to surveys showing that university admission officers in the US, France and Germany prefer its TOEFL exam above other English language tests. There is a distinct reason for this, says Srikant Gopal, executive director of TOEFL. “TOEFL is a test that explicitly focuses on academic English. The test content is 100% academic.”

Other tests mix it up with general social content, notes Gopal. “We are focused on making sure students are equipped with the English skills needed for universities to feel confident that they will be successful in their academic environment,” he says, arguing that because TOEFL is squarely geared towards the academic sector, it produces better applicants. TOEFL recently shortened the length of its test by 30 minutes to three hours.

“We have so much data now from so many years that we can assess language proficiency in the same high-quality way that we’ve always done with fewer questions,” Gopal explains. “And we wanted to give a break to the test taker.”

Comfort for examinees is up there in the list of priorities for other providers too. Unlike ETS, which only offers paper tests where internet testing is unavailable (98% of TOEFL test takers take the test via the internet), IELTS offers a traditional paper-based test alongside its digital one.

New computer-delivered test centres tend to be smaller and more contemporary, with the aim of helping people to feel more comfortable, she explains. “[Test takers] can then focus on proving their language skills, rather than raising anxiety levels.”

Working on minimising the understandable anxiety that can surround a testing environment – passing or failing can often determine a test taker’s future – ETS has introduced MyBest scores for its TOEFL test. The system displays the highest scores for its reading, listening, speaking and writing sections from among the test taker’s valid test scores over the previous two years. 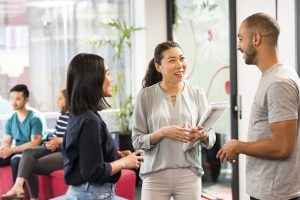 “It clearly allows the student to present themselves in the best possible light to the university,” Gopal says.

Most repeat test-takers can expect small to moderate differences between MyBest scores and their most recent test scores, which may prove important if the test taker is retesting to meet a specific score requirement, according to ETS.

“Universities see what they’ve always been seeing, but now they see a slightly different profile of the student also.”

There is more data with which to make a decision, and universities can “attract more qualified applicants”, Gopal tells The PIE. “It widens the pool from which they can choose students.”

It’s face to face speaking aspect is popular with universities, Nuttall explains regarding the reason for IELTS’ success over the past three decades. While Gopal celebrates TOEFL’s academic focus, Nuttall emphasises that IELTS tests for actual situations that students might find themselves in. “It represents much more, the actual situations, the context,” she says.

At OET, which stands for Occupational English Test, Sujata Stead, CEO of CBLA, concurs with the “real life use” value of an exam such as OET.

“Candidates tell us time and time again that they prefer OET because it uses real healthcare scenarios to test their English, leading to increased confidence, and that it helps them to learn the language they will need to be successful at work,” she tells The PIE.

The exam is an industry-leading proficiency test for medical and healthcare professionals.

“You have to keep improving. You can’t just say ‘right we’ve cracked it”

Many test providers point out that developing and evolving what’s on offer is also vital. As Nuttall acknowledges, “You have to keep improving. You can’t just say ‘right we’ve cracked it, we’re there’.”

Since launching three years ago in the US, Duolingo’s English Test has also gained recognition from more than 500 institutions in 44 countries. It touts itself as a more affordable and accessible test option.

Its CEO, Luis von Ahn, is from Guatemala and had spent US$1,000 travelling to El Salvador to take the TOEFL when he was applying to US universities, relays Jen Dewar, head of strategy.

Matthew Beatty, director of international admissions at Concordia College in Minnesota in the US, acknowledges that DET is among a wide range of exams that universities can rely on for a view of a candidate.

While TOEFL and then IELTS are the most prevalent tests used, he says Concordia also considers scores through some ACT or SAT exams for purposes of English proficiency.

“I would say that there is a trend of trying to grant greater access or greater opportunity for international students using a variety of different standardised test scores,” he says. “I know the Duolingo English test is one that has been emerging as a fairly popular examination and there’s been some discussion on different forums about the reliability of it for determining English proficiency as well.” 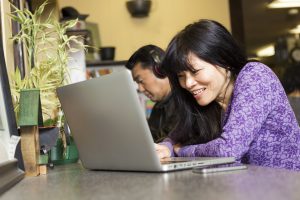 Neighbouring Canada has also seen exam innovation: Paragon Testing is taking advantage of the country’s international education boom. A subsidiary of the University of British Columbia, it offers the Canadian Academic English Language Test, among others.

“The test is one of the best tools for identifying students with the right English skills for academic success… in a Canadian academic context,” says Juliana Ramza, corporate relations manager. CAEL computer edition is accepted by more than 180 Canadian institutions and is available at over 35 test centres across Canada. It has also recently become available in select cities in the US, UAE, India, Philippines and China.

Perry Akins, chairman of US-based testing company iTEP, acknowledges the new entrants into the testing space of late. Some institutions in the US are also now accepting China’s Gaokao scores within the admissions process.

“In the past five years, there have probably been 20 or 30 new tests”

“In the past five years, there have probably been 20 or 30 new tests that have hit the market,” Akins tells The PIE. “How good are they? I have no idea. How do you evaluate them? I have no idea. How do you judge them? I guess you admit students for college, and if they show up speaking, reading and writing English, I guess the test did a good job.”

A good exam is based on great content, ensuring there is no fraud, and continuous updating, Akins says. “Most of our revenue does not come from college admissions. That is not our sweet spot.” Where is the value for international students – who typically apply to three or more colleges – to take more than one or two English proficiency tests, he asks.

However, he points out that holistic testing during a student’s academic life cycle is another reason for institutions to consider different, and differently priced, products.

“Every international student from a non-English speaking country should be tested on arrival,” he maintains. “If they show areas of weakness, they should be required to study ESL until they turn that weakness into a strength.

“It’s a travesty to graduate a student in any country where English is the instruction medium who can’t speak English, who can’t conduct an interview in English.”