The growth of branch campuses, or sister sites to a university’s flagship institution, has been significant in the 21st century, from 84 in 2000 increasing to 263 by 2015.

The story of these satellite HEIs, mainly coming as a result of the desire of a ‘mothership’ university to push its transnational education brand, has not played out without incident, however.

“In the wake of Brexit, UK institutions will seek to establish European operations to access Europe directly”

From 2016, there has been a slowdown in activity along with closures of existing campuses arising from misreading political and regulatory circumstances, and, most common of all, over-reaching when it came to the bottom line.

Managed campuses are one strand of the branch campus story and a way of universities transferring risk to a corporate entity, hopefully avoiding some of the pitfalls that have befallen other ventures.

Within this section of the branch campus family, there is an upward growth. This is both in terms of overseas ventures and home country ventures, which might also attract overseas students as well as domestic ones.

Scott Hillard, chief sales marketing officer at private provider ATMC in Australia, lays out some of the headline financial benefits of managed campuses as: “Speed to market; expansion with zero capital investment; a better financial return [gross margins from licensing agreements typically exceed those from students who are studying directly at the University, explains Hillard] and less risk – providers assume all of the fixed costs of operating the campus (facilities, staff, marketing).”

Depending on the university’s strategic aims and the expertise of the provider, there are other incentives beyond the cornerstones of shared risk and corporate dexterity.

Nick Miller, marketing & recruitment director at QA Higher Education in the UK, explains that a university’s reach into his company’s corporate networks and, therefore, the B2B market for higher education, has a discernible effect.

“Increasingly, international students, in particular, are demanding more niche subject areas. Teaching specialisms and expertise in training in IT, technology, digital and cyber subjects are at the heart of the QA group and are subject areas that are attractive to students and learners.”

The plus point for the university here is the diversity of courses. Northumbria University’s London campus is an example of this, and courses around the specialisms mentioned above are being offered as “differentiated from the main campus,” says Miller, “providing the university brand reach and recognition in these subject areas.”

De Silva outlines what is called the One Curtin Vision, “a network of fully developed campuses that allows us and our students to better engage with global issues and challenges”. 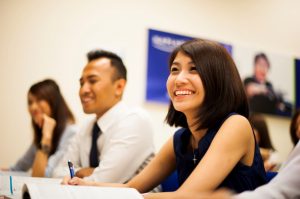 Among specific examples, De Silva notes that “Curtin Malaysia has significant research underway, much of which is aligned to the needs of government and industry in the region”.

He adds that through the establishment of Curtin Singapore and Curtin Dubai, the university network “also now has a range of new industry, governmental and research partners in those respective regions”.

Miller also makes a point about diversity in student base, but also diversity in income for the university, something that HEIs are keen to attain.

Another established player in Australia active in this space is ECA.

Set up by a former international student, Rupesh Singh, who has grown an education empire, ECA’s expertise – and consequent USP for HEIs – lies in its student acquisition capabilities in India, Southeast Asia, China and in Latin America.

More often than not, partnerships arise organically. Kaplan’s managed campus venture with the University of Adelaide came after first being a pathway provider to them and then the university’s preferred pathway provider.

Competing education provider, Navitas, echoes this experience. “Usually there is already a relationship between the university and the commercial partner, and this relationship is leveraged to build the managed campus,” says Iain Rothwell, the provider’s chief commercial officer. 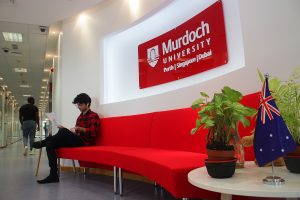 “The more recent managed campuses in partnership with Lancaster University and Murdoch University were cases where Navitas was approached to develop a campus based upon its proven capability.”

A good track record (e.g. with regulators, students and recruitment of students and staff) is one of the key points cited by Felicity Davis Rafferty, campus director and principal at Victoria University Sydney, for whom ECA manage campuses across Melbourne. Dowling at ECA adds: “In some cases there is a tender process; in others not. Naturally, a university needs to trust the partner – first and foremost.

“They need clarity on what the partner can offer and what kind of governance will serve the partnership while maintaining and developing the university brand.”

And, as he observes, a range of stakeholders needs to be involved in the selection and ongoing monitoring and management of the third-party arrangement.

Kaplan’s course delivery involves matters of student recruitment, program administration, academic delivery and facilities usage, while Navitas’ agreements for some of their managed campuses are, according to Rothwell, “comprehensive and deal with all aspects required to deliver what is effectively a stand-alone institution”.

He underlines, “Responsibility under these agreements covers all operational and academic matters.” Navitas’ Lancaster University – Leipzig campus, however, operates a “shared distribution” or responsibility, whereby the partner university is responsible for all the teaching requirements.

ECA’s agreements are, according to Dowling, “very comprehensive, including a clear matrix of responsibility and carefully managed key result areas.”

He adds that: “In each managed campus we have a university employee (campus director or dean) who has overall responsibility for the delivery.

They report to a committee, and we manage the operations through a joint management committee with equal membership from ECA and the partner university. There are a number of sub-committees that monitor various aspects of the operation.”

Employing a similar built-in ‘guarantor’ is Curtin. De Silva explains that Curtin’s key inputs into partner campuses are intellectual property, course materials, academic staff selection and quality assurance and, crucially, “a pro-vice chancellor to lead each global campus. The campus PVC’s are all members of the senior executive team at Curtin.”

Identity and other challenges

Dowling and De Silva’s responses highlight one of the key challenges for managed campuses – how to ensure the standards of the client university are maintained across their branch/managed campuses.

Guy Brown, director of Northumbria University London campus, describes selecting strategic partners “on the basis of their alignment with our own of vision and values”.

Davis Rafferty from VU in Australia, which partners with ECA, explains to The PIE why satellites have to have substance too. 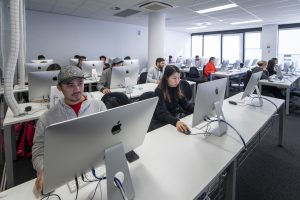 “The campus must be well managed and offer an equivalent student experience because the students are students of the university. There is a big reputational piece at stake,” she notes.

Between the two campuses, there is a uniformity of branding and imagery, technology learning services and technology support services.

Of entry criteria, Miller remarks that these “are very clearly set and overseen at the individual student level by the university, to ensure quality of students is consistent to the main campus”.

Rothwell at Navitas cites a number of political reasons why branch and managed campuses will continue to be in vogue: “In the wake of Brexit, UK institutions (like Lancaster University) will seek to establish European operations to access Europe directly.

“There is increased focus on transnational education”

“Meanwhile, in response to the ‘Trump factor’ and the associated perception that the US is closing its doors to international students, US universities will seek to engage with the global community by establishing operations outside of the US mainland.”

For markets elsewhere, Rothwell says: “There is increased focus on transnational education, particularly in key markets such as India, China, Vietnam, the Middle East and Africa.”

One Response to Not a peripheral concern: the spread of managed campuses