Posted on May 21, 2020 by Will Nott
Posted in Analysis, under Global.
Tagged with creative arts, creativity, music, The PIE Review.
Bookmark the permalink.

The creative arts are big business. Data released in the US and the UK show an ever-growing arts and culture industry that makes serious contributions to their economies.

About Will Nott
Will trained as a journalist at News Associates after studying English Literature at the University of Warwick. He has worked for the Daily Express, VICE and Newsquest where he was a reporter on the Bromley News Shopper. Will has also worked in online TV, where he directed documentaries. He was awarded a Malcolm Bradbury scholarship to study Creative Writing at the University of East Anglia. When not working, Will enjoys reading, writing, cooking and trips to Cornwall.

Gabriel Providel is CEO of Mozaik Play, a tech-enabled agency platform that helps students connect with creative arts and digital media institutions across destinations including Australia, Canada, the UK, the US and New Zealand.

He passionately believes in the contribution that the creative arts make to the global economy.

“The creative industries generated $2.5 billion in revenues in 2018. It employed more people than the automotive industry in the US, Europe and Japan combined,” he explains.

“We at Mozaik Play not only connect students to the best creative arts and digital media schools worldwide, but we are introducing them to this world of creative industries… they are the ones that will be shaping the future of our creative and digital economy.”

Providel explains that Mozaik Play is an education agency that caters for a huge range of courses including digital media, visual comms, film/TV/audio, design, fine arts, performing arts, photography, built environment and business for creatives. With a particular focus on digital media, Mozaik Play can help students study subjects like VR, AR and transmedia: courses that are all unlikely to have been on offer even five years ago in the same iteration. 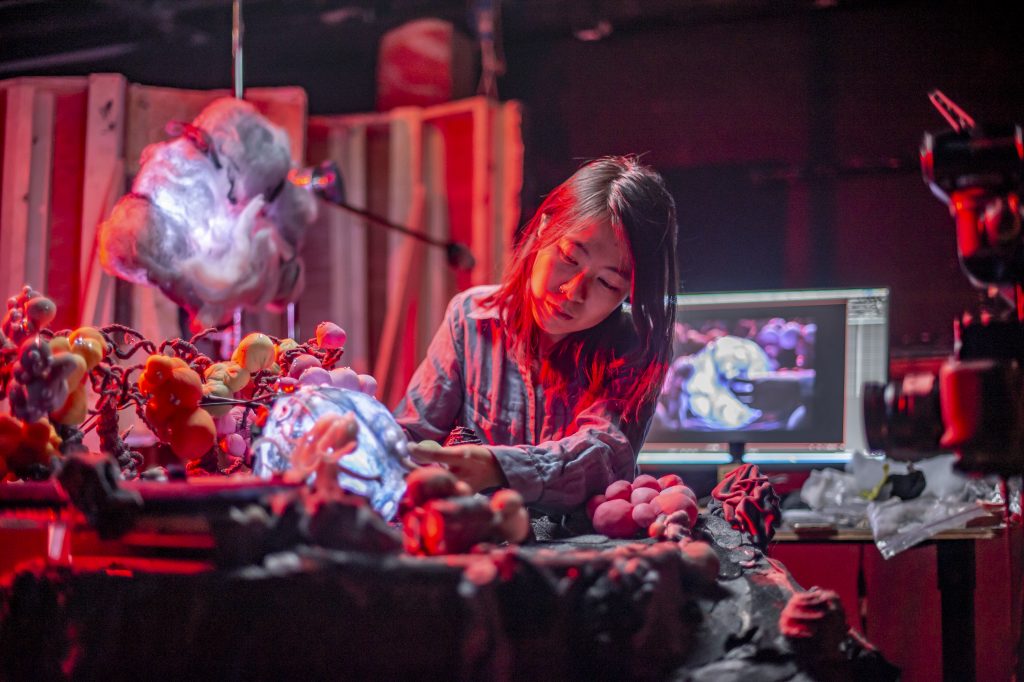 Programs also prepare students for entry into the workplace by teaching them to be business savvy. Creative arts graduates are ready to make money as well as art.

“We’ve been developing innovative new programs designed to connect the creative arts with 21st-century careers,” states director of academic program marketing at the New School in the US, Laura Montgomery.

“In other words, education that integrates rigorous training in a student’s chosen craft as well as professional skills that prepare them for careers in the new economy, entrepreneurship, etc.”

The course has global appeal, and in fact, Montgomery acknowledges, “The New School is actually the no.1 most international university in the USA, in terms of percentage of international students – about 33 per cent. And more than half of our 10,000 students are in creative fields.”

“This is partly because there are clear connections between studying design and job outcomes, such as becoming a graphic designer, interior designer or working in product manufacturing,” she relates.

Graduating from a degree “work-ready” into a booming global industry is a big draw for students. Jon Wardle is director of the UK’s National Film and Television school, which ranks amongst the top film, television and new media schools in the world. He tells The PIE that more than ever before, industry employers want to meet his students.

“In the UK, for the very first time probably, film and television schools, whether that is film schools or courses within universities, can confidently stand at open days and say, “you know what guys, there is a huge amount of work in this area.”

Wardle explains that the film and television industry for 20 years has been quite boutique, with maybe 80 films made in the UK annually. But now big online companies like Netflix and Apple are moving in and offering jobs.

“There is just more work than there has ever been and I think that has changed the dynamic around talent in the UK,” he relates.

“Whereas we used to be going to the big companies and saying it would be great if you could get involved with what we are doing, I’m now being approached by big companies who want my students… They all want to be here.”

The focus on “successful outcomes” for students, perhaps a job at a big film company or a job in music production, means that traditional assessment on creative arts programs is sometimes less important than having a killer portfolio that will impress employers.

Mozaik Play’s Providel makes this point, as well as highlighting the importance of training students up in their business and negotiation skills.

“It’s not enough, for example, to design and develop an amazing game app… you also need to understand how to reach an audience and make commercial sense of it,” he says.

“These skill sets should be taught throughout the course, not just towards the last term.”

The way that creative arts programs market to and recruit international students doesn’t follow the established models of other discipline areas. The breadth of talent is impressive, with programs attracting the brightest teaching staff and students.

The reputation of alumni can be so great that program conveyors don’t even have to market their courses. For example at the UK’s National Film and Television School, alumni have won 11 Oscars, 138 BAFTAs and have been nominated dozens of times for each.

“It’s about graduate success. Recently four of our graduates got named Oscar nominations with two of those winning for Cinematography and Sound Mixing,” says Wardle.

“We find that our website, our festival success and graduate success are what generates interest and make people want to come.”

According to Wardle, when it comes to the NFTS’ ultra-competitive courses, an agent-led approach the marketing and recruitment just doesn’t work.

“It’s not that we wouldn’t work with agents out of principle. I think the thing with agents, from our perspective, is that we are dealing with such small numbers. They want me to be able to say that I could guarantee they could make offers for 30 people and get their commission for 30 people.”

NFTS Diploma courses can take up to 16 students but Wardle explained that the majority of their MA courses take eight in each discipline so they agonise over who those eight people are. As a result, he feels he can’t pass that decision to an agent. “Fundamentally this means that it doesn’t work.”

However, this isn’t necessarily the norm. Findlay from Griffith University explains that agents play a key role in explaining the value of their degrees to potential students.

“In the areas of the creative arts, it can be a challenge to clearly articulate the value proposition of our programs, so it is important that we give agents comprehensive information on our degrees, including everything from portfolio entry requirements, the pass rates, to starting incomes for students with creative arts qualifications,” she says.

A global Gen Z is at the heart of the bright future for creative arts programs. Young people want to follow their dreams and make their own decisions about how to live their lives. This attitude is a new human trait universally, not just something for Westerners. 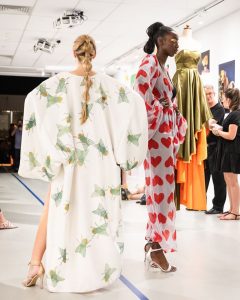 According to Mozaik Play’s Providel, parents are becoming more accepting of their children’s’ choices about future careers in many countries. How long might it be until an Indian parent wants a fashion designer or film producer for a daughter rather than a doctor?

“The parents of this generation Z are now more accepting that their kids pursue a career in these creative areas,” confirms Providel.

“[They] are more comfortable with the concept of making a living as a creative professional…it varies by region but we are starting to see a departure from parents only limiting students to study the big four professions: lawyer, accountant, engineer, doctor.

“The really exciting element of all this is to see how well schools will prepare this Gen Z for jobs that do not yet exist.”

Because of a global Gen Z we can expect growth in these spheres. In the UK, University of the Arts London’s student recruitment officer, Sarah Lebrecht, notes the creative industries employ over two million people.

Lebrecht also identifies something that is perhaps of greater importance than the self-fulfilment of students. “As well as contributing to the UK’s rich and world-renowned cultural sector, UAL students are motivated by a desire to use creativity to help solve the world’s big challenges, such as social justice, climate change, diversity in society, and health and wellbeing,” she observes.

According to Lebrecht, students at UAL are required to push boundaries, ask difficult questions, develop their own ideas and to use interdisciplinary approaches to solve problems and change the world for the better.

“In the past couple of years we have developed new courses such as biodesign, which explores bio-informed design strategies as a driver for sustainable innovation,” she says.

One Response to Making digital and creative media education pay