“If clients spend six hours in a classroom, there’s still 18 hours to fill,” says Martin McDonald of The London School of English in the UK, as he explains how, increasingly, language schools are changing the services they offer to reflect the needs and wants of a clientele who demand the best. The very best.

In recent times, an upswing in ‘upmarket’, ‘high-end’, and even ‘luxury’ language courses has hit the market. One school told The PIE that deluxe summer courses with just 50 students enrolling a matter of years ago now attract upwards of 200 per week.

This means what students want to do with those 18 hours outside of the classroom is becoming more of a focus for providers, as the avenue of possibilities widen.

“For some people it sounds like a lot of money, but for others it’s peanuts”

Schools report clients requiring a “concierge-like” service, where the language school will arrange dinners, theatre trips, and even tickets to sought-after events like Premier League soccer.

In other areas, the key to attracting high net worth individuals may be the flexibility of the provider, or the accessibility of their own hobbies.

Roger Akoka of Vela Premium in France – a new division of an established study trip organiser – explains that activities such as shopping may be higher on the list of priorities for some families than schools may understand at first.

“Parents we’ve interviewed say ‘well if it’s Paris, they must have shopping’. We said ‘but the program is already pretty expensive, why do you want shopping?’ and they said ‘because you can’t come to Paris without shopping’.”

“A week would be an average of €3,500, for some people it sounds like a lot of money, but for others it’s peanuts”, Akoka tells The PIE.

Perhaps it is surprising that these sums of money are being invested in ELT and language travel, but it shouldn’t be.

After all, the direct ancestor of this type of language travel is surely the Grand Tour through Europe, made famous by the notorious Lord Byron and, later, Victorian socialites.

The language tourism industry has grown exponentially since then. Langports, based in Brisbane, is a great example of a firm reacting to increased demand by offering more high-end products.

The school offers a “Platinum program”, described by Langports’ Anna France as a bespoke course for “mature students who are looking for an ‘Aussie experience’.” In addition to 15 hours of English teaching per week, the course offers lessons to strengthen students’ knowledge of Australian culture, including food and wine.

“The cherry on top of this program is the once-in-a-lifetime visit to an Aboriginal community. This is an experience they will never forget,” France relates.

In other areas, such as UK summer schools, growth at the top end of the market is driven by choice, says Will Finlayson of Summer Boarding Courses. 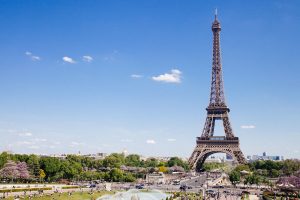 You can’t come to Paris without shopping, some parents seem to think. Photo: Vela

“We run a student council where the students get input into what they’re doing and because of the price point we’re running, it means we can involve the students more in making the decisions,” he reveals.

With a program that can afford to run as many as 15 different activities each day, and student input which gives power to the customer, SBC has taken the popular route of “Language Plus” programs, and transformed it for a clientele who want more.

Flexibility is not the sum of SBC’s offering, however. Finlayson observes that choice is powerful, but gala events and going the extra mile are also key for the company’s target clients.

The graduation formals held at SBC’s Oxford College school program add this sense of occasion to its courses.

“‘Why would I go to a tiny little village in Belgium? Let’s call it what it is: weird”

“The students are really excited [because] rather than the traditional summer school disco in a sports hall… they get this fantastic black tie event. It’s almost like a school prom, celebrating all the cultures and the experiences that they’ve shared over the previous weeks,” Finlayson explains.

Demand for executive language learning for corporate clients is also on the rise.

Ceran offers premium courses to corporate clients, which as Remco Weeda demonstrates to The PIE, means politicians and CEOs from around Western Europe journey to their small school, in the industrial east of Belgium.

“A lot of people would say, look I can go to New York, I can go to London [to learn English], why would I go to a tiny little village in Belgium? Let’s call it what it is: weird.”

But Weeda continues, explaining that high profile individuals, who are often time-poor, despite being asset-rich, are attracted to a course that almost guarantees results.

“They’re buying a product”, he says, “They come in, and then one week, two weeks later they come out, and we can see a marked and lasting difference in their language skills.”

But it doesn’t stop there. 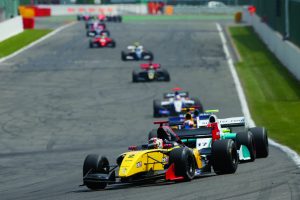 Formula One is like a religion in Brazil, says Ceran’s Weeda. Photo Frederic Le Floc’h / DPPI

“We have a programme which is with Formula One,” Weeda mentions, as an aside to our conversation.

As it turns out, this bespoke and highly exclusive program comes as one of the less obvious benefits of basing a school in the small town of Spa, near Liège. Once a year the sleepy hamlet is transformed, as the eyes of the motor racing world focus on the Belgian Grand Prix at Spa-Francorchamps.

Ceran provides a two-week language program around the event, which includes access-all-areas tickets, an afternoon of conversation with an F1 driver, and even a chance to drive around the racetrack in a sports car.

Despite a price tag of €10,000, Weeda reports that agents around the world have shown interest.

A third pillar that language schools describe as vitally important to their high-end clients is accommodation.

For many, hotels are the location of choice. McDonald notes that brands such as Hilton are a draw for many wealthy clients at The London School of English. But others find comfort in homestays. One Brazilian client, McDonald stated, had arrived in London lacking in confidence, but had already booked her return trip, due, in part, to the depth of care and quality of her homestay experience.

Whatever language schools offer, it is clear the high-end language tuition market needs to concentrate on where their clients sleep.

For Ceran clients in Spa, living off-site is not an option. Remco Weeda says the reason is simple. “We can’t guarantee the quality of the accommodation, of the bathroom,” he says. Whereas in their own accommodation “all the rooms basically look like a four-star hotel”.

Unlike the flexibility on accommodation, the age of the students on the luxury short-course programs varies widely.

There are, of course, under-18s who are sent by their parents to improve their language skills or experience a foreign culture for what might be the first time.

Older students are also not unusual. Parents who previously reserved education investments to send their children to an overseas boarding school are now discovering intensive and bespoke language courses to indulge themselves too.

“We’ve got people who will spend a fortune on their kids going to boarding school in the UK. Now some of these people are starting to think, actually we can invest in language training for ourselves as well, which is where we come in,” says The London School of English’s Martin McDonald.

With 18 hours to spend their time – and money – each day, the clock isn’t ticking for clients. But for schools, this Grand Tour is well on the way to leaving the docks. The final call could be approaching fast, so it’s time to jump on board.