If you were in Havana the summer of 1856, you could have looked to the sky to see a hot air balloon drifting overhead. Inside the balloon’s basket was Matias Perez, a Portuguese businessman who sold canopies and awnings but whose real passion was aeronautics.

"We’re engaging now because we see that it’s reengaging with the world; it’s starting to find its place, but it’s early days"

Despite previous successful flights in his balloon, this June day in the mid-19th century, Perez vanished into the Cuban skies and was never heard from again. The story of Perez’s flight has lived on in popular Cuban culture. Even today, Cubans use the phrase “voló como Matias Perez” (to fly away like Matias Perez) when something unexpectedly disappears.

Such can be the nature of forging new territories in international education. Getting a foothold in a country like Cuba, Iran or Burma requires that education providers have persistence, dedication and geopolitical savviness, lest shifts in headwinds mean their efforts drift into oblivion.

“You need to have earned your stripes in four or five markets before going in to places like Burma, Cuba and Iran,” says Adrian Mutton, founder and CEO at market entry specialists Sannam S4. “That’s not just saying ‘we’ve always recruited very well from China and India, so we know international student recruitment’. It’s about having a plan, having the resources both overseas and domestically and having the understanding.”

“What we’ve realised with Iranians is they learn German very quickly. It’s amazing”

“We can’t really talk about a country like Iran without talking about how amazingly good their students are,” says Kelly Smith, pro vice-chancellor – international at La Trobe University in Australia. “If you looked at Iran as a country to say what are the drivers of international demand, everything sits there. They’ve got a big population, they’re very well-educated, they have a need for international education and they have capacity to afford to study overseas if they want to.”

With a strong university system, a GDP per capita of around $5,900 and 30 per cent of its population of 80 million people under the age of 30, on paper, Iran is a ripe market for student recruitment and academic collaboration.

But any links will be limited by decades-long international sanctions from the United Nations Security Council and the US. “The market in Iran is affected by several reasons that are not internal. Global sanctions play a huge role. It’s a major issue,” says Fatemah Ahmadi, head of education and science for Iran at the British Council.

The last five years under sanctions have been particularly hard, she says. Students looking to study overseas have trouble opening bank accounts and must go through a complex web of banking proxies to receive money transfers. Educators took the P5+1 nuclear arms deal announced in January 2016 as a strong sign that things were beginning to change.

But including Iran among the six countries banned from entering the US in the recent executive order announced by the Trump administration has set relations back and created a huge level of uncertainty – not just for US-Iran relations – for anyone involved in educational partnership with either country.

“The US by default is everyone’s largest research collaborative partner,” says Smith at La Trobe. “There are questions around if we engage in Iran, then what happens in the US? It becomes a cost benefit analysis of what is the opportunity cost of doing this if it means we can’t, or are going to struggle to engage with, the US.”

In 2015, DAAD in Germany funded 660 Iranians to study mostly STEM, humanities and language courses in Germany, and 194 Germans went on academic exchange to Iran in 2015. “Germans are interested in going there, making networks and starting university cooperations, which is quite a recent phenomenon,” says Katharina Fleckenstein, head of scholarships for the Middle East and North Africa at DAAD.

She credits Iran’s outstanding education system for the high demand to study postgrad degrees overseas. “They’re so prepared, they can just go straight into a PhD, while in other countries they might still need some preliminary activities,” she says, adding that language is also not a barrier. “What we’ve realised with Iranians is they learn German very quickly. It’s amazing.”

Kenneth Holland, executive director at the Center for International Development at Ball State University in the US, says in Burma, “There’s an understanding that education is a key pillar to development. You see an appreciation and a hunger in the people.” 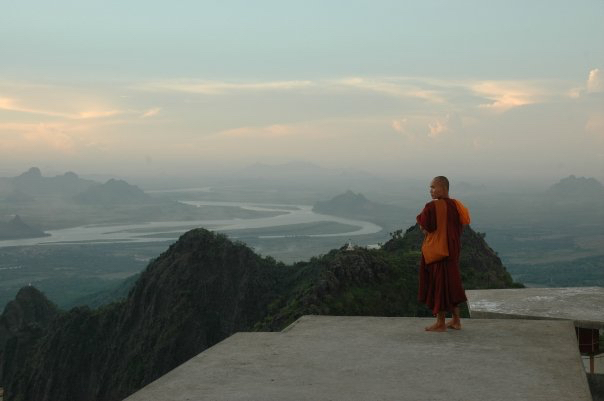 Burma: opportunity on the horizon but a “longer play”. Photo: Simon Baker

Recent elections in Burma did produce results favourable to relations with the international community, solidifying national support for Aung San Suu Kyi’s party, the National League for Democracy. In April, the NLD won nearly half the seats up for grabs, after its landslide victory in 2015’s democratic elections that ended 50 years of military rule. Educators in the country report that regulations on international education began to relax even earlier than the NLD victory in 2015.

“Before 2011, all the international education and partnerships were almost closed. After that, in 2012, we expanded our open door policy for education and then we have so many friends from international universities,” recounts Hla Htay, the recently retired rector of Dagon University in Rangoon.

But it was only after the election of Kyi’s ally Htin Kyaw that President Obama said the US would lift all sanctions on trade and terminate an emergency order after nearly 20 years. “Things have changed dramatically since the November 2015 election,” says Holland.

“It’s very different how much easier it is to establish partnerships with universities there. Almost every day we get contacted by universities in Burma to collaborate with Ball State.”

For Ball State, entry into Burma came through industry. The university signed an agreement with Thanlyin Technical University after its benefactor, the Ball Corporation, announced plans to build a $40 million beverage can manufacturing plant in the country, becoming the first US firm to open operations in a special economic zone just outside of Rangoon.

As part of the company’s corporate social responsibility, Ball State will provide scholarships to students at Thanlyin Technical University. The move was the first relationship between any university in Burma and any foreign corporation, according to Holland.

Burma’s “boom” will happen, he says, but it will take time. “We’re dealing with a system that has been completely out of touch, is a very low quality and has unprepared people at all levels.” Other international educators working in Burma agree development will be slow and scholarship-reliant.

A survey of 668 Burmese students carried out by the British Council throughout 2015 found 546 (82%) were interested in tertiary education courses abroad to gain access to higher quality education and career opportunities. According to the survey, 53 per cent of prospective postgrads cited a university scholarship as their source of funding; another 35 per cent cited a government scholarship.

“Myanmar is a longer play,” says Smith at La Trobe. “We’re engaging now because we see that it’s reengaging with the world; it’s starting to find its place, but it’s early days yet.”

Like Burma in many ways – including its timeline of opening up to the US and low economic means – it’s Cuba’s well-regarded education system that makes it stand apart among ‘new frontiers’ in international education.

In 1961, the new revolutionary government led by Fidel Castro launched a campaign to teach the majority of the country to read and write in a year. By December, the country’s illiteracy rate had gone from 25 per cent to just four per cent.

Today, Cuba’s literacy rate stands at 99.8 per cent, comparatively higher than Iran, where it’s 86 per cent, or Burma, where it’s 93 per cent. The country’s literacy training has been exported to countries around the world including Mexico, Canada and New Zealand.

However, when it comes to opening up to other Western countries for education exchanges, Cuba remains cautious. Relations between Cuba and the US have warmed over the last decade but are far from friendly, with a mysterious illness impacting US consul staff straining new fonds of friendship.

In 2009, Americans were allowed to travel to Cuba again for educational purposes and in late 2014, President Obama and Castro announced their governments would restore full diplomatic ties, easing more than 50 years of bilateral tensions. But in a Trump era, the relationship is rocky, and the trade embargo, condemned by the UN General Assembly, is still in place.

Diplomatic relations with Europe, meanwhile, are much friendlier. The EU is also the biggest foreign investor in Cuba, mainly in tourism, construction, light and agro-industries, and accounts for a third of Cuba’s foreign visitors. Cuban students are even eligible for Erasmus+ funding. Until any upset to the embargo, collaborations will be limited.

“One of the areas that is particularly ripe in terms of modality is the graduate student area,” says Clare Banks, assistant director of International Partnerships and IIE Initiatives at IIE in the US. “And things that are mutually beneficial for both of our countries in terms of research areas, but areas that are important to their own development as well.” 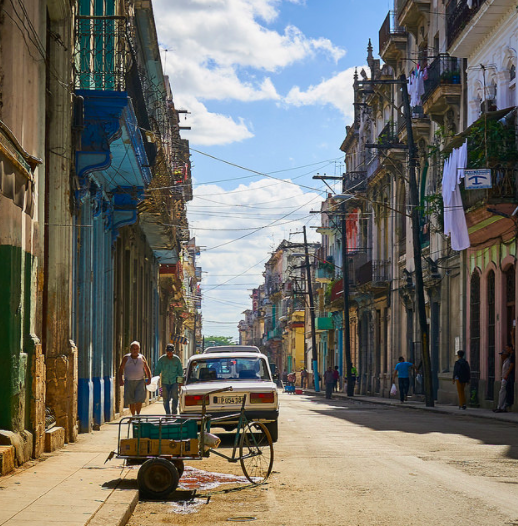 Agriculture, water management, renewable energy, public health, and arts & culture were among the priority areas listed by Cuban education leaders during the IIE delegation’s historic trip to Cuba in 2015.

As developments play out, “I really think it’s too early to tell whether we’re going to see – to use a Western phrase – an ‘opening up’ or whether Cuba’s going to continue down the path of the last half century,” says Roger Brindley, system vice president at the University of South Florida. “We’re watching and waiting on both sides of the Florida strait.”

But if we’ve learned anything from US-Cuba relations, it’s that foreign policy is the same for 50 years until it isn’t. So despite the tensions surrounding Iran, Burma and Cuba, there’s reason for international educators to be optimistic that one day any geopolitical friction will have vanished into the sky like Matias Perez.

• This is an abridged version of an article that originally appeared in The PIE Review.