Posted on Jan 16, 2020 by Anton Crace
Posted in Analysis, under Australasia.
Tagged with Australia, consortia.
Bookmark the permalink.

Australia is a vast country – geographically speaking, at least. Whereas in the United Kingdom, a person could feasibly drive from tip to tail within a day or so, travelling the same distance in Australia would often see them remain in the same state.

At a national level, Australia’s consortia are also playing a role

Given the immense space, it’s little wonder study consortia have taken hold. Each of the eight states and territories has a cluster working to promote their region under one banner, and increasingly, smaller cities are joining larger metropolises in forming their own as well.

“You really have to work together to get your message out”

What could have resulted in hostile competition between regions has instead become a collegial approach under a burgeoning national brand. Clusters are aware of each other’s activities but are more focused on working together to grow the size of Australia’s international education pie, over increasing their slice.

Meanwhile, at a political level, as national policy focuses change, the role of each consortium is changing with it, and their role for providers, the local community, international students and Australia’s national interests is growing.

“It’s such a huge industry now and such a huge field in international education, that you really have to work together to get your message out,” explains director of Study Canberra Oliver Harrap on why consortia are so prominent in Australia.

“Otherwise, it’s quite easy to get lost in all the noise. That’s the way that we’re all leveraging these consortiums to get the best impact.”

There is a long history of study clusters in Australia, dating back at least two decades.

By region, the involvement of local and state government varies, with some, such as Study New South Wales and Study Tasmania, contained within state government. Others, like StudyPerth, which looks after Western Australia, receive state government funding as well as member contributions.

Regardless of how they came into being, a consortium’s goals generally fall under brand management, attracting international students, building the student experience, employability and connecting with industry.

“One of our biggest challenges here in Adelaide is awareness”

Where the differences between consortiums become apparent, however, is in addressing the challenges of a particular region.

“One of our biggest challenges here in Adelaide is awareness. We don’t enjoy the same natural awareness of other cities in Australia that have a bigger profile,” says StudyAdelaide chief executive Karryn Kent. 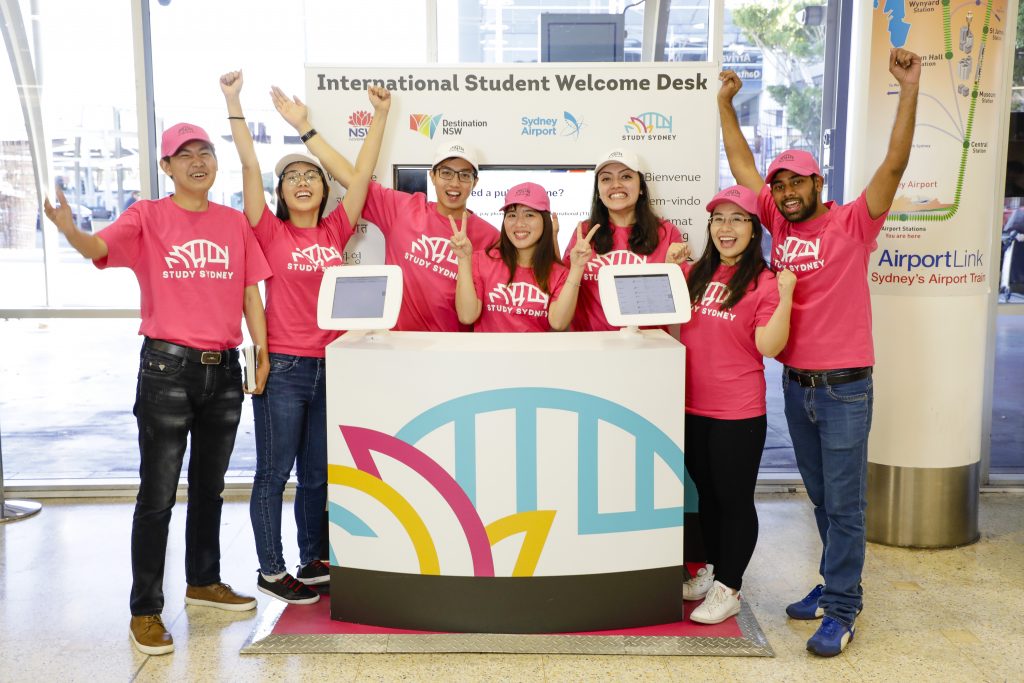 Meanwhile, in New South Wales, where capital Sydney has such a high level of student awareness that it’s often confused for Australia’s capital, activities are more focused on the student experience.

“We know a lot of people want to come here, but it’s about trying to match the experience with the brochure,” says Peter Mackey, director of trade, international education and small business operations at the NSW Department of Industry.

“There’s no point getting people to come to a place if they’re leaving dissatisfied or they’re feeling that they’ve been ripped off and no one’s doing anything about it.”

As well as being a big country, Australia is by no means homogenous, and a one-size-fits-all approach would be next to impossible to implement.

“We can tailor our strategies aligned to [our] opportunities and challenges,” Kent concludes.

Hands on the wheel

A consortium’s involvement in creating strategies to meet a region’s opportunities and challenges is dependent on whether it’s embedded within government.

Study Queensland, for example, played a substantial role in the development and ongoing implementation of the state’s 2016-2026 international education strategy. StudyPerth, meanwhile, uses Western Australia’s 2018-2025 strategy as the launching point for its action plan.

Regardless of their position relative to government, however, each consortium plays some role in guiding the policy focus of their region. 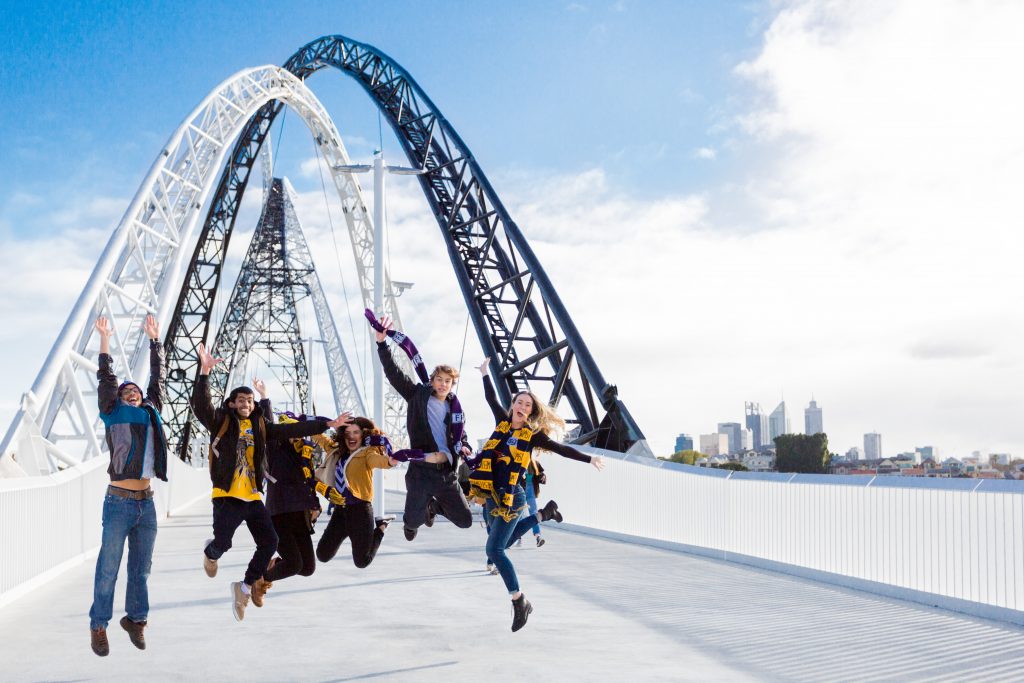 “We make our views very clear about policy settings which we think are damaging the prospects of Western Australia, and we do see it as our role to advise government and other stakeholders,” says StudyPerth executive director Phil Payne.

As an entity outside of government, however, Payne adds he does feel there is a difference in the weight of his organisation’s voice in state policy compared with those in other states which are part of government.

At a national level, Australia’s consortia are also playing a role, looking to address common problems as well as providing and receiving guidance from the federal government.

“We participate in a number of federal working groups,” Study Canberra’s Harrap says.

“We participate in the Department of Education and Training’s Commonwealth, States and Territories International Education Forum and Austrade also has an international education marketing forum.”

“We know a lot of people want to come here, but it’s about trying to match the experience with the brochure”

“We work as a conduit between the education providers and industry,” she says.

“Not only just to attract international students, but make sure when they’re here they’re supported, and then once they graduate, we facilitate programs to make sure they’re more employable.”

Furthermore, Gill adds that research and market intelligence are powerful tools for providers to ensure they’re offering programs that meet international students’ demands as well as the needs of a region.

“It is an ongoing consultation process where we feed [institutions] with data that we have, and they then look at how they can develop that into their courses,” she says.

Australia’s study consortia are beginning to shift and expand outside of their specific region, playing a larger role in the implementation of national strategies, too. The most prominent example of this is the Australian government’s refocus towards encouraging overseas students to choose a regional location instead of popular study metropolises.

After a rocky start, the federal government opted for regional incentives over deterrents in March 2019’s Planning for Australia’s Future Population document.

Taking a broad view of population growth, the document includes a new set of scholarships for regional study and an additional year of post-study work rights for those who study and remain in regional areas.

“We are classified as regional for migration purposes, and the federal government is pushing regional study destinations,” explains Gill.

“All of the policies indicate a regional push, so we are more beneficial that way.”

The resulting strategy, released in late 2019, upped the incentives for remote areas to two additional years of post-study work rights, with one additional year for regional.

But it was the work of both StudyPerth and Study Gold Coast, that shone through after their campaigning helped reclassify both cities as regional after previously been mooted as metropolitan.

“It’s a game-changer; its news we’ve been waiting [to hear] for two years,” says Perth’s Payne.

“It puts us on a level playing field with other cities within Australia and creates another reason for international students to use Western Australia to live, study and further their careers.”

In the long-term, it seems Australia’s study consortia are here to stay. While all acknowledge that their role will evolve due to market forces, their importance in acting as a representative between government, providers, international students, businesses and the local community is deeply embedded.

To achieve their goals, however, that friendly competition needs to remain in place, says StudyPerth’s Payne.

“The opportunities for Australian international education are still fairly significant”

“The opportunities for Australian international education are still fairly significant. Notwithstanding the record-breaking growth we’ve had, I still think we could be better and bigger; probably in that order.”