“Everybody everywhere with capital is looking at the education sector, because it has these fundamentally attractive characteristics,” declares Rupert Barclay, managing partner and co-head of the education practice at Cairneagle Associates in the UK. Privately-funded education, he says, is a premium product with strong underlying demand driven by expanding middle classes and attractive long-term returns.

"Many investors still struggle with the actual business structure of agencies"

The evidence to support this theory stacks up. A report published last year by Parthenon-EY found that mergers and acquisitions in education in emerging markets had increased sixfold since 2000. The report’s co-author and Parthenon-EY managing director, Ashwin Assomull, predicted private equity funds around the world are about to become “a lot more organised when looking at private education as an investment mode”.

There is now a crowded marketplace of investors keen to invest in all segments of the industry: in late 2014, Baird Global Investment Banking identified 50 potential M&A opportunities in education across Europe alone and predicted a “new wave” of investment in for-profit education across the continent.

Much of that activity is in domestic provision, but a significant proportion is in international. Baird’s report singled out Cambridge Education Group – whose acquisition by Bridgepoint in 2013 generated a 14.6x return on investment for previous owners Palamon Capital Partners – as an indicator of the value this industry holds.

“We’re talking about hundreds of millions of people who suddenly have got significant disposable income,” says Fergus Brownlee, president of CEG. “That immediately creates, from a private provider perspective, opportunity.”

Private investment in international education has always existed, but it is undoubtedly gathering speed; it’s only in the last decade that interest from private equity firms – dedicated investment funds that inject capital into private businesses or buy out public ones – has really materialised.

Along with demographic changes and strong growth in the private sector, one reason for this is the scale of the assets available.

“Anything much below $10m is pretty hard for private equity to do,” says Ian Koxvold, head of education strategy at PricewaterhouseCoopers, noting that PE firms that invest in smaller businesses are the exception rather than the rule.

And the sector is now welcoming a second wave of capital as investors crunch the numbers. International schools are set to nearly double in the next decade to 16,000, generating an annual $89bn, according to ISC Research.

The UAE alone accounts for more than half a million enrolments, and private equity is helping to drive growth: in the last two years, Gulf Capital, Fajr Capital, GFH Capital, Al Najah Education and Bahrain Mumtalakat Holding – the investment arm of the Kingdom of Bahrain – have all invested sizeable sums in international school operators.

“There are probably 30-40 groups of investors – people like HIG Capital, BXR, International School Partnerships – looking to build international schools,” estimates Barclay. The sector is therefore the perfect illustration for the onset of what he calls Private Equity 2.0: a “proliferating group of trade investors and PE firms all over the world looking to invest in their own countries and internationally”.

Pathway operators, which partner with university partners to prepare students to study overseas, are another sector generating huge interest from private capital as operators strive to reach new segments of the international student market.

The last few years have seen the worldwide proliferation of such programmes, and a joint report by StudyPortals/Cambridge English last year estimated the English-medium foundation programme market is worth an annual $825m. 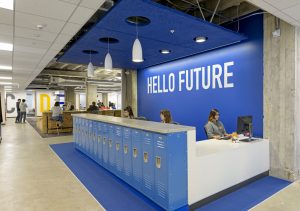 Education giants that have had private equity investment, including INTO University Partnerships, CEG and Study Group, have grown exponentially through pathway provision.

And more investors are keen to elbow in on this lucrative market. UK-based Oxford International Education Group, which signed its fifth pathway deal this year, sold a minority stake to Bowmark Capital in 2014 to further its growth plans, with pathway and sixth-form provision as key features.

Part of pathways’ appeal to investors is the business model of on-campus delivery. “The exciting thing for private equity is it’s low capex relative to schools or universities, since you’re actually leveraging the infrastructure of the university campus that you partner with,” notes Assomull at Parthenon-EY.

Significant investment is also seeping into the language teaching industries, notably ELT. Individual English language schools, while generally too small to interest private equity firms, are nevertheless attracting investment from a number of sources as the sector undergoes a process of rapid consolidation.

James Dixey, a specialist consultant who helps school owners to sell, estimates there are as many as 900 ELT schools in the UK. He expects that number is set to tumble to around 300 in the next three to five years because of closures and sell-ups.

In Canada, too, “smaller schools are being picked off” by major operators from Asia, Ireland and Australia aiming to consolidate portfolios and diversify into Canada and the US because “you don’t want to put all your eggs in one basket”, notes Douglas Halladay, president of Halladay Education Group, which also helps to sell schools.

“Our job is to test with buyers, be they students or whatever, whether or not it really is differentiated”

The economies of scale this provides to larger businesses – lowering the financial burden of administration, compliance and student recruitment on each school and allowing providers to spread risk across multiple geographies – favours larger chains.

They can employ someone to deal with compliance and administration who can “live and breathe it and do it really efficiently… and it only adds 5% to the student fees, rather than 20%,” notes Simon Cleaver, who this year sold his UK-based English language school brand, British Study Centres, to Real Experience Group.

Unlike large businesses or private equity firms, which are built with M&A in mind, few school owners know how to navigate a sale. “Most people who run a school are good at running a school, and know how to sell a school to students,” says Dixey. “But selling it as a business to an investor? Totally different thing.”

Using a broker helps schools to ensure they get the best price and to keep a sale quiet until it’s completed. Failure to do so can be the undoing of a business, cautions Dixey: “Most people are terrified about their agents finding out that they’re selling and then people lose confidence… and suddenly sales and bookings can [plummet].”

And before buying, due diligence is another crucial part of the process. Usually businesses will employ one or two firms to carry out a thorough review of the commercial, financial and legal health (sometimes operational or regulatory too) of an asset.

As part of its targeted due diligence, Parthenon-EY, for example, will spend up to £10,000-15,000 just surveying the market to see if a business’s claim of having a differentiated proposition holds true.

“[Vendors] often say they have a differentiated management team… Our job is to test with buyers, be they students or whatever, whether or not it really is differentiated,” explains managing director Matthew Robb.

Of course, being bought out isn’t an attractive proposition for everyone. Till Gins, owner of the 27-strong worldwide OISE group of language schools, says categorically that he would never sell to private equity, despite frequent interest from funds and other investors. Their aim “to find ways of increasing shareholder values… and exit routes to realise the gains” is, he contends, “completely different, and probably at odds, with the aim of education, which is to constantly find better ways of helping the students to learn and achieve more on their course”.

“I think it’s very important in any business to live within your means, and that’s what we do”

“I think it’s very important in any business to live within your means, and that’s what we do,” he says. “If you’re in an environment where it’s clearly stated that the owners are backed by capital so they can take bigger risks, they’re putting people’s lives at risk and jobs at risk. That’s what people will hear. It’s not conducive to people getting impassioned in what they’re doing – which education is about.”

Gins is by no means the only school owner who is resistant to the rising tide of private equity and concerned about the perceived short-termism of these investments.

Countering this contention, Jeffrey Leeds, president of Leeds Equity, whose investments in knowledge industries include a minority stake in INTO, insists the fund’s approach to investment is “highly collaborative” and its interest stemmed from INTO’s “very high standard of care” for the international students it teaches.

While consolidation of providers is well underway, the same is yet to be seen in the student recruitment landscape, which remains hugely fragmented.

The group completed a merger with a Tokyo-based private equity firm New Horizon Capital in 2014, but owner OJ Kim said the search for a strategic partner lasted a decade.

It is still among only a small number that have attracted private equity investment because “there are not a lot of target businesses in the agency side that are attractive to PE investors”; most are small and difficult to value or leverage to further growth, says Lucas.

There is also investment coming from China into the US and other popular study destinations.

New York Military Academy – which boasts Donald Trump as an alum – was bought this summer by a non-profit group backed by China-based SouFun Holdings for $15.8m, after a bidding war with another Chinese-funded investor. Todd Maurer, an economist and managing partner of 3/1 Global Research, predicts it will become a pathway college or school focused on Chinese students.

“What you’re seeing is verticalisation, where the whole process is controlled by the agents”

“I think a lot of Chinese companies want a piece of that market themselves,” he observes. “After all, they’re the source of many of the students in China, and if they can create a foothold in places like the United States, which I think we’re in the early stages of seeing, then they will be also providing services to Chinese students outside of China.”

This is also becoming apparent in the UK, according to Dixey, who says he’s had a lot of interest from both Chinese and Russian buyers in English language schools.

He adds that the last three schools he’s sold have received offers from overseas agencies. “What you’re seeing is verticalisation, where the whole process is controlled by the agents,” he says. This verticalisation is just another form of consolidation in the sector – a trend, we can be certain, isn’t going to abate any time soon.

One Response to How is big money shaping big ambitions in global education?