The Australia of 2018 is almost unrecognisable from three years ago. In 2015, the country’s international education industry was in a transitional period. After drops from 2010-2012, influenced by a ‘perfect storm’ of restrictive visa conditions, a high Australian dollar, and attacks on students, the country appeared to stabilise.

A small increase in 2013, followed by a mammoth 11.9% jump in enrolments in 2014, contributed to noticeable buoyancy in attitudes across sectors. Positivity was so high, many were cautiously optimistic Australia could hit new records.

They didn’t have to wait long to find out.

But the sky is not as cloud-free as it might seem. Three years after building the platform for success, gaps have appeared and are widening, while concerns that the country is over-reliant on a handful of countries are clear.

A lot has changed over the past quarter decade. 2016 saw the launch of the National Strategy for International Education 2025, outlining a three-pillared, whole-industry approach to promoting the country.

In the same year, the implementation of the Simplified Student Visa Framework levelled the playing field among institutions by providing access to streamlined visa processing, based on an institution’s reputation and the likelihood of a student violating the terms of their visa by their nationality.

But there’s more to Australia’s success than just changes to the backend systems. IEAA chief executive Phil Honeywood says the country’s understanding of education as an industry, an often criticised point elsewhere, has meant providers are ramping up their marketing efforts.

“The tenacity by self-governed universities, more entrepreneurial public TAFEs, and private colleges in really seeing international education as an industry [has driven numbers up], compared to other study destinations which took some time,” he says.

Beneath the successes, widening gaps are also starting to appear. “There are a number of universities that haven’t even recovered to their peaks in 2010,” says Jon Chew, principal of business management consultancy Nous Group.

“No one was really keeping an eye on things to say, ‘are these rapid developments the sorts of thing we want to see?'”

Chew says this isn’t entirely unexpected, most other industries wouldn’t expect all market players to grow at the same rate, but it does raise questions.

“If you dig deeper for the reasons for the differences in growth rates and the concentration and polarisation that’s resulting from that, there are some important concerns there,” he notes.

Chew is clear that nothing untoward appears to be happening within the industry, but reflects on other instances, such as in the domestic vocational loans scheme, where market incentives were exploited to create a bubble.

“No one was really keeping an eye on things to say, ‘are these rapid developments the sorts of thing we want to see?'” he continues, adding that for its updated regulatory frameworks, Australia lacks a “market steward” to respond to new threats or abrupt changes.

Questions are also being asked of SSVF, which some within the industry charge has been negatively impacting some countries, particularly below the higher education level.

“With the huge increase in international students coming to Melbourne, you’ve got a proliferation of facilities and infrastructure to cater for them”

English Australia chief executive Brett Blacker points to declining visa grant rates for students looking to study English language programs (known as ELICOS) only – rather than as part of further study – as an area of concern. “For independent ELICOS, which typically makes up 30% of the market… the actual grant rate for a number of our key source countries has declined since the implementation of SSVF,” he says.

Blacker explains the visa’s Genuine Temporary Entrant requirement is creating a barrier. A subjective measure, the GTE allows a Department of Home Affairs officer to consider the value a student’s course will have on their academic or professional future when processing their visa.

“Students studying English language may not be doing it pegged to a particular career,” argues Blacker.

“We feel [the GTE requirement] doesn’t support TAFE recruitment overly well and we feel it has subjective bias towards some vocational education and training qualifications,” she says.

Part of the issue, Bahen believes, is that many of the visa officers have studied at a university level and therefore have a limited understanding of the VET sector as it relates to progression of career. A problem, she adds, also experienced in the wider VET industry.

These factors are contributing to the eastern states of New South Wales, Victoria, and Queensland seeing most of the growth – with two above the national average in 2017. 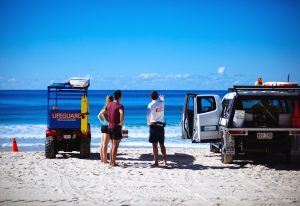 Since 2014, both New South Wales and Victoria (home to Sydney and Melbourne) have strengthened their market share to represent 69.8% of international enrolments. Over half of the remaining students are hosted by Queensland at 15.5%. In 2018, the government has sent mixed messages over the regional placement of students.

Other diversity concerns, such as a heavy reliance on China as a source market, which represents 31.3% of total and 38.2% of higher education enrolments, leave the country vulnerable.

Inconsistent growth is about more than just a gaps between the numbers of international students, says John Paxton,  director of Perth International College of English in Western Australia. It’s about jobs too. “Teachers, administrators, marketing people; there’s been a decline in [in WA] over the last two, three, four years,” he says.

However, he adds, having fewer international students creates a “ripple effect” outside institutions. Areas that increase their number of students consequently increase their share of the 240,000 jobs which students support.

“With the huge increase in international students coming to Melbourne, you’ve got a proliferation of facilities and infrastructure to cater for them. Accommodation, transport, coffee shops, and people working there,” he says. “The opposite is happening in Perth.”

The disparity also impacts the sector’s ability to operate. Outside the international space, a funding freeze in December 2017 caught many universities by surprise and has been the key lobbying point for Universities Australia.

The impact of domestic funding on the international education industry is not immediately apparent, but a concurrent limit on the level of research costs covered by the government means that most universities subsidise their research through tuition fees.

Ignoring a debate over efficiencies, universities in Australia have become reliant on international student revenue to cover research gaps, and increasingly, operational and teaching shortfalls.

Power and the passion

Solving these problems isn’t easy. “The very reasons our institutions have done so well is they’ve been tenacious,” says Honeywood.

“We can’t, on the one hand, tell our institutions they should be prepared to go forth and multiply… and then say, ‘oh, by the way, you’re doing too well, you’re ruining it for others’.”

Chew agrees and says the actual problem is “one step removed” from where the focus has been.

“The problem is that the funding model that we’ve got has created an explicit reliance on international fees for universities to operate as universities in Australia,” he says.

Complicated problems, but stakeholders are passionate about working through them. Regular consultations with government, business and industry to tweak policy are having results, and conversations are underway to address other niggles, particularly within the visa system.

Blacker says EA is looking to help DoHA officers understand ELICOS students, while other discussions are underway to reduce visa rejections for African students and increase diversity in the student cohort. 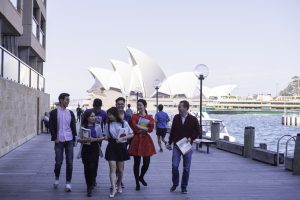 CISA national president Bijay Sapkota, meanwhile, says his organisation is addressing the student experience and will focus on two critical issues throughout 2018 and 2019: workplace exploitation and an increased student voice in grassroots institutional governance.”These issues will remain consistent unless international students are well represented in the grassroots level,” he says. “That’s the main battle.”

Don’t dream its over

Most within the industry are quick to point out Australia is far from in dire straits.

“Australia’s global reputation in international education will hold us in good stead,” says Blacker, adding he believes current growth rates will likely scale back into the single digits over time, rather than into the negative.

Interestingly, Australians are becoming less concerned by competition from the US and UK, due to the uncertainty over how politics will impact their education industries. Instead, Canada and increasingly Ireland are viewed as direct competitors.

Chief executive of EduCo International Group, Joff Allen, argues Australia is ready to accept its place as a leader in international education.

“American universities see Australia as the leader in being able to create international student strategies that meet their goals,” he says.

“[They’re] sponges for trying to learn about how a small country in the southern hemisphere has built such a robust international student sector.”