Posted on Dec 23, 2019 by The PIE News team
Posted in Analysis, under Global.
Tagged with Australia, Canada, Germany, Ireland, New Zealand, US.
Bookmark the permalink.

Reflecting on 2019, a number of headlines stick out – from acquisition shakeups across the ESL industry to visa issues stretching over various destination countries  Here are some of the stories which have grabbed our attention, and yours, over the last 12 months.

The UK’s decision to reintroduce its post-study work offer has been on everyone’s lips since it was announced in September 2019. Despite some confusion as to when it would begin, and which students would be applicable – The PIE News has had phone calls from students asking whether they would be able to benefit – it has certainly been the biggest news story of the year for us.

Although stakeholders and students raised concerns, indications of UK growth following the announcement, especially eating into Australian market share, prime minister Boris Johnson’s electoral triumph has appeared to cement the announcement into government policy to ensure that students who graduate in the summer of 2021 or after will benefit.

Countries including Estonia, Sweden and Russia also made notable announcements on post-study work opportunities. For the UK, there are hopes that the announcement will help to contribute towards the country’s target of boosting international student numbers by 30% – outlined in the 2019 international education strategy.

For the love of visas 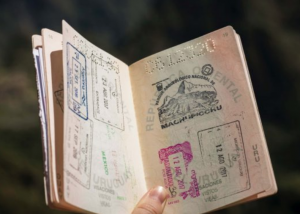 Agents in Turkey also raised concerns about “surprising” visa rejections for the UK, while statistics revealed that Canada rejected three of four visa applications from Africa.

A look at the US

As new start figures continue to drop for the world’s largest study destination, a SEVIS fee increase and social media vetting threaten to hamper future recruitment efforts. A NAFSA report warned that decreasing market share could have resulted in the country losing US$5.5 billion in value.

However, the country is embarking on its “biggest” marketing campaign to promote the USA’s educational offer.

The government’s goal to more evenly distribute international education revenue and alleviate congestion concerns was put back on the agenda in August. Several programs and visa changes were announced with direct and indirect consequences for overseas students.

In October, the list of regional cities expanded as it was announced that students would be offered extra post-study work benefits if they chose those areas.

In the same year that South Australia released a strategy to increase its international education industry value to AUD$3 billion by 2030 and create 23,500 local job opportunities, the sector became the region’s number one export as it overtook wine production. 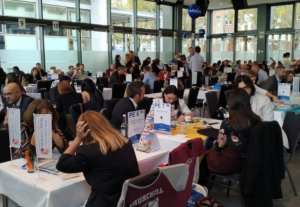 Agents tipped Germany to be a hot destination in the upcoming year at ICEF Berlin, and the country is continuing to attract scores of international students, 2019 figures revealed.

Ireland – another country noted for its growth potential – passed a bill to protect staff and students at English language schools.

A survey of international students in the Netherlands revealed that they often struggle to connect with Dutch peers, find accommodation and can experience extreme stress and psychological problems.

Students at private colleges across Canada claimed they had been “duped” by unscrupulous agents, while a report found that international students were less likely to work during their studies and earn less than Canadian peers with similar educational background six years after graduation.

Edtech companies have been fundraising in 2019. Language learning platform Duolingo was valued at $1.5 billion, while AI-enabled student marketplace Applyboard secured C$55 million in Series B funding, raising its total funding to C$72 million.

• If there’s a story you think we’ve missed, or you found particularly intriguing – email us here